Pratap Chandra Sarangi was born in a village of Balasore in Odisha State of India. He was born on 4th January 1955 in a village Gopinathpur of Nilagiri.

He wished to become a monk in his early stage of life. For that, he visited Ramakrishna Math in Belur many times. The Monk of Ramkrishna Math came to know that the mother of sarangi is in old age & alone at home. Therefore, The Monk advised sarangi to go back home and serve his mother. 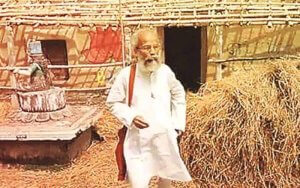 Pratap Chandra Sarangi went back home but his thought process of spirituality & service to society grow more with time.

He started many social works in his village. He served his society on ground level in many ways. Thanks to his progressive thinking that he opened many schools for tribal children which is called Samar Kara Kendra under the Gana Shiksha Mandir Yojana in many villages in Balasore.

The USP of Pratap Chandra Sarangi work and lifestyle is that he never took a single penny advantage from his work for himself. He is the best example for selfless service for society.

He still lives in a small mud house & live a humble life. Mr. Sarangi doesn’t have a car or even a motorcycle & that’s after becoming two times MLA and now a Minister of Indian Government.

He did graduation from Utkal University and joined BJP in 2004. He served his duties very honestly over there as well.

Pratap Chandra Sarangi came in the LimeLight overnight in the end of May, 2019 when the Lok Sabha results were declared in India. Mr. Sarangi won the Lok Sabha elections by margin of about 12000 votes.

The interesting part is that he didn’t spend money for his campaign & he didn’t have any car for campaigning. He had his bicycle and he used to campaign on that bicycle only. On the other hand, his opponents were millionaires but people of his constituency voted for his honest services over the money. 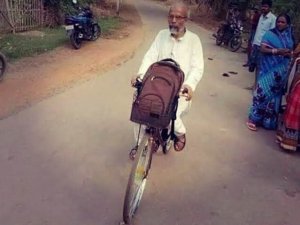 Someone has rightly said that honesty pays off as Pratap Chandra Sarangi got the surprising Ministry of State for Micro, Small and Medium Enterprises and Ministry of State for Animal Husbandry, Dairying and Fisheries after winning 2019 Lok Sabha election from his constituency. He was sworn in by Indian President Sh. Ramnath Kovind.

Few Motivational Factors out of his life are – Values, Honesty, Serving to society, Simple living and high thinking. 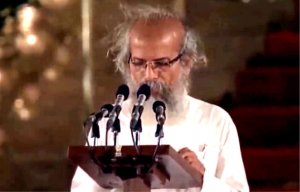